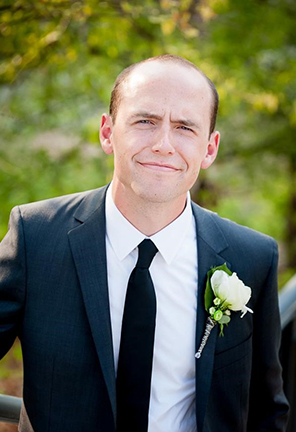 Alex Anderson serves as an Academic Advisor for the Department of Communication. He earned a Bachelor of Arts in Communication in 2008 and a Masters of Education in Education Leadership and Policy Analysis in 2010, both from the University of Missouri. His favorite course during his undergraduate career was Communication 4638: New Technologies in Communication. During his time with the Department he has won two College of Arts and Science Blue Chalk Awards for Advising Excellence (2016 and 2018) and has been nominated for the campus-wide Excellence in Academic Advising Award (2015 and 2016). In addition to his advising role, Alex has served as an instructor for SSC 1150: College Success Strategies and Business Administration 1500, a rotating panelist for the Office of Civil Rights and Title IX’s Equity Resolution Process, and has held leadership/committee roles for the University’s Advisor Forum. His favorite part of working with Communication students is witnessing and encouraging their academic and personal growth during their time at MU.