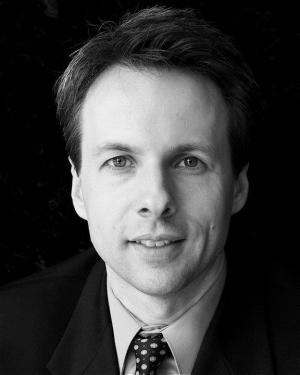 Michael Atchison (BA, ’90) attended law school at Mizzou after graduating in 1990 with his degree in Communication.  He hosts the show Revival on 90.9 The Bridge in Kansas City, where he formerly practiced law. He’s also a writer.  His book True Sons:  A Century of Missouri Tigers Basketball, published by The Donning Company Publishers in 2006, remains the definitive history of Missouri men's basketball.  He has also published two novels, Mellow Submarine and XL, and his writing about collegiate sports and popular culture has appeared in Sports Illustrated, Basketball Times, The Providence Phoenix and other publications.  Michael remembers the practical, critical, and creative skills he learned at Mizzou.  He cites them as equally valuable to him as a lawyer and as a writer, where being persuasive and engaging is imperative.  Today, Michael holds leadership positions for a variety of nonprofit organizations dedicated to supporting education and fighting poverty.