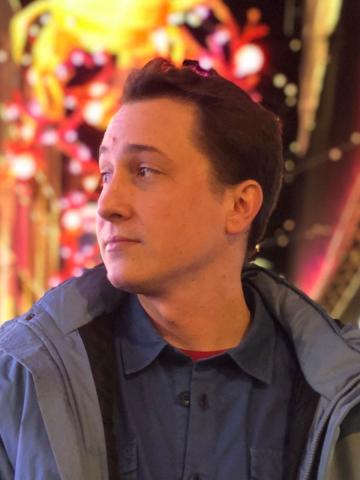 Currently Pursuing an M.A. in Documentary Journalism at the University of Missouri-Columbia

Michael A. Coleman (B.A., University of Missouri) is an artist and filmmaker working in narrative, documentary, and experimental forms of visual storytelling. His work is centered around autobiography, collective memory, and familial history.

Recent projects have included producing a feature documentary called To Love The Void (2021), that looks at meth addiction within a tight knit community in Kansas City, MO; DV Footage Log 2014-2020 (2022), a diary film that uses moments from the filmmakers like to tell the story of becoming a husband and new father; and Where are me? (In Production), a feature length essay film about trying to make a film about the book Blue Highways(1982) whilst maintaining a career as a teacher and life as a parent.