Work in Poland continues despite refugees flooding into city from Ukraine

When Haley Horstman, associate professor of the Department of Communication, arrived in Warsaw, Poland, in November 2021 (with her husband and young daughter) to conduct nine months of research for her Fulbright U.S. Scholar Award, she did not expect to be impacted by war.

But she and the people she is there to study and work with are: Nearly three million Ukrainian refugees, driven out of their country due to attacks on their cities by Russia beginning in late February 2022, are arriving in Poland, many of those to Warsaw’s central train station.

These refugees are welcomed and helped by the Warsaw community — bringing to mind generational memories of attacks by Nazi Germany in 1939, which triggered World War II — and the later occupation of the Soviet Union.

These memories are central to Horstman’s research: intergenerational storytelling regarding trauma and resilience in Polish families, focusing on historical events in the last century, particularly on communism and World War II.

“The bread and butter of my research is storytelling,” Horstman says. “And what I’ve learned is that when I ask people to tell a story about their family in World War II or during communism, they’re not necessarily telling one story copied from one person. They’re telling a conglomeration of stories that they’ve heard over time.”

She says she didn’t expect to find so many Polish families who remained in Warsaw after World War II, but many she’s spoken with have intergenerational ties in Warsaw — telling her stories about their families being in the Warsaw Uprising of 1944 (a violent revolt from the Polish underground resistance in Warsaw against German occupation) or surviving the war despite devastation on their cities.

“I’m trying to understand how Polish families talked about personal events surrounding those historical events,” she says. “I’m really interested in Polish resilience, and what it means to be resilient in a Polish culture. And how they build resilience despite or in reflecting on these difficult events.”

Researching resilience in Polish families is important to her work.  “I do think the American idea of resilience is so reflective of our geographical positioning,” Horstman says. “The U.S. only touches Canada and Mexico; whereas in Poland they’re just surrounded by all these other countries, and historically, they’ve had to be much more defensive to survive.

“It’s been incredible, and it’s also been really difficult to be here during the Russia-Ukraine War,” Horstman says. “Because we’re so close to Ukraine and so many refugees have come in, it’s both personally and professionally interesting. But it’s also a really sad time to be here.

“Still, I’m grateful to be here at this time, in this moment during the war, and to get the opportunity to see the helping spirit of the Polish people. It has truly been a gift. I just happened to be here in this moment and that is pretty special.”

Horstman notes that the city was in chaos after the first Russian attacks on Ukraine. “People were coming in by tens of thousands every day by train and no one knew exactly what to do with them or how to help them,” she recalls. “And people were sleeping on floors in the train station. Polish people were opening their apartments and houses via social media and showing up with pizzas to the train station. Things are much more controlled at the present. Calmer. They now have places to put Ukrainian refugees and have money coming in from the Polish government — there are structured resources set up.”

(Note: Horstman raised about $10,000 for Ukrainian relief efforts by spreading the word of the refugee crisis in Poland through social media. The funds were mostly for supplies and food for people arriving at the Warsaw Central train station.)

Horstman’s goal to work with 20 to 30 Polish adults between the ages of 20 to 80 or older, involves interviewing individuals sharing their family stories. She conducts the interviews in English but has collaborators from the University of Warsaw who can conduct interviews in Polish. She mainly meets her interviewees in coffee shops or other public places. They come from all walks of life — professors, homemakers, students, businesspeople — though most have or are currently pursuing educational opportunities beyond high school. For future interviews, Horstman hopes to reach those from other parts of Poland in different life circumstances.

Certain parts of people’s stories are resonating with what is going on in Ukraine right now. So, it’s brought about a lot of the trauma and also brought back a lot of the characteristics of resilience that we see in Polish people and how they are responding to the refugees. - Horstman

“I didn’t really have a good sense of what those stories would be like,” Horstman says. “But they are turning out much more dynamic than I expected. A lot of people have shared stories about their parents who were detained by the communists for speaking out against the State, or talk of espionage, or running underground black markets. I was really surprised at how offhandedly they say, ‘Yeah, my dad was detained during communism’ and then they just continue talking.”

She also is interested in seeing how Polish people’s perceptions and behaviors surrounding war and refugees who have come into their country are reflected in their family stories — in other words reactions to the Russia-Ukraine War and how it parallels to their generational memories of attacks on their country, their families, their cities.

“There are so many parallels in the way they are responding,” Horstman says. “Certain parts of people’s stories are resonating with what is going on in Ukraine right now. So, it’s brought about a lot of the trauma and also brought back a lot of the characteristics of resilience that we see in Polish people and how they are responding to the refugees. Poland has just been amazingly welcoming to help them. Mostly in a personal way. They have come out to support Ukraine and support Ukrainians and that’s been great to see.”

Horstman says the multi-generational discussions she’s had with Warsaw families has been interesting. “Warsaw was so demolished, just absolutely devastatingly demolished in World War II,” she says. “That was just about 80 years ago. Approximately 85 percent of the buildings were destroyed. The entire city was absolutely in rubble and they had to rebuild it brick by brick.

They need to cope with it as kids, learn about their history so they can understand it more as they get older, cope with it little by little, know where their roots are. Be proud of their roots. - Horstman

“There are still all these lasting legacies of trauma that you can see, even in the physical structures here. There are all kinds of memorials, and candles lit, plaques, cemeteries, and art everywhere about the war and Warsaw Uprising. At first, all the trauma was really heavy to me. But after a while it’s like you see that it’s something that people have learned to live with and learned to appreciate every day.”

Horstman says she believes dealing with trauma in this way is healthy. “Otherwise, you’re sweeping it under the rug and not talking about it, not facing it, not coping with it.”

Horstman adds she and her husband went to the Warsaw Rising Museum that was full of exhibits featuring violence and death. “And there were all these little kids who were there for school field trips. And at first, I was like ‘Is this ok? Should these kids see this?’ And then I thought about it and realized that yes, they need to. They need to cope with it as kids, learn about their history so they can understand it more as they get older, cope with it little by little, know where their roots are. Be proud of their roots.”

Horstman’s research is being funded by the Fulbright Program, the U.S. government’s flagship international education exchange program. Since 1946, the Fulbright Program has provided more than 400,000 participants from more than 160 countries the opportunity to study, teach, and conduct research, exchange ideas, and contribute to finding solutions to shared international concerns. Horstman says the Fulbright scholarship has provided her amazing opportunity, professionally and personally.

“It has given me the time and space to think deeply about my questions regarding intergenerational storytelling and resilience and trauma, and given me the opportunity to learn from international scholars. 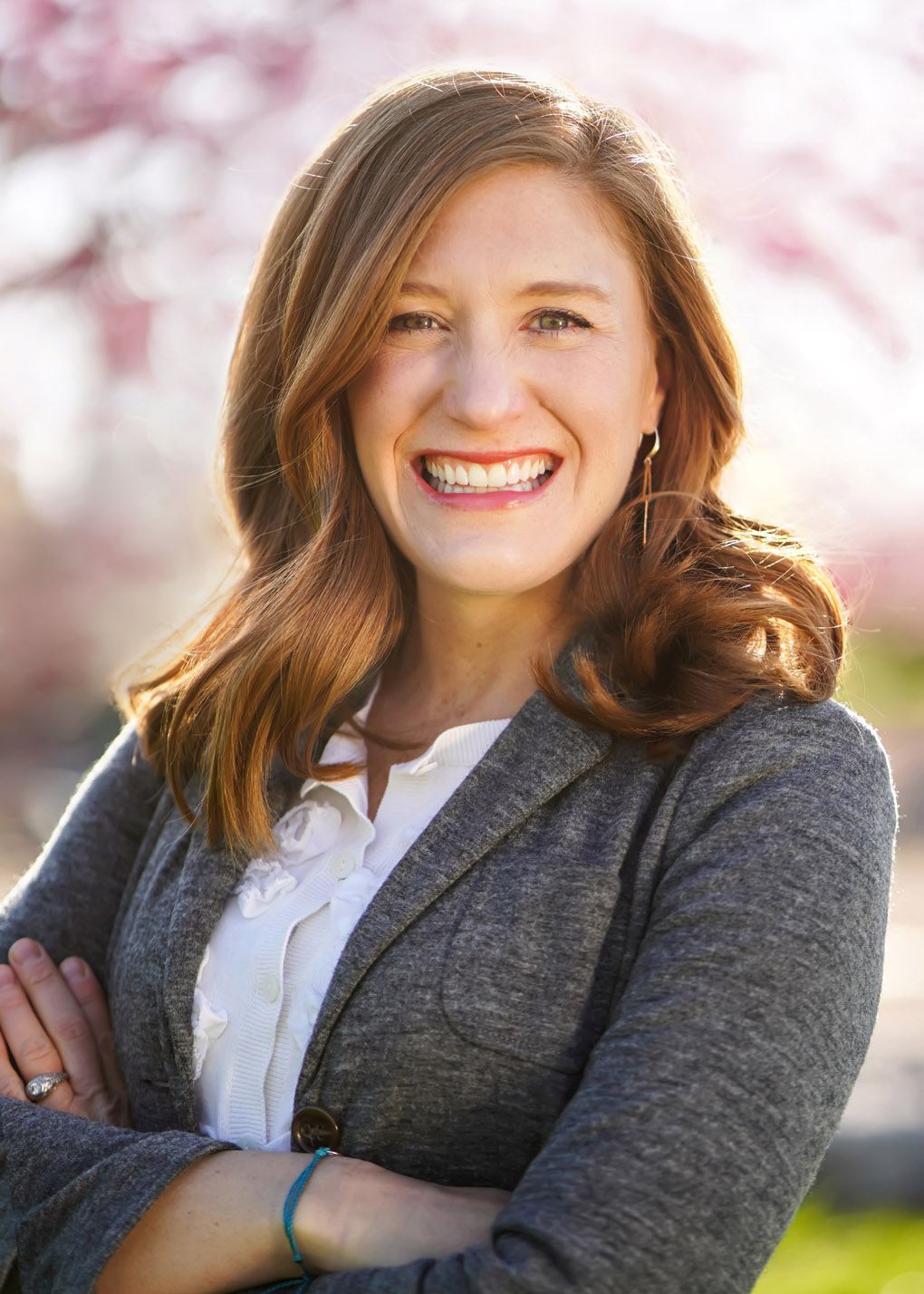